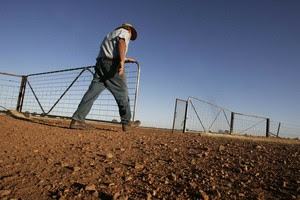 About 600 South Africans living in the United Kingdom are expected to march in the London city centre to bring attention to what they call a "South African genocide against white people" tomorrow.

The protest began with an invitation on social networking tool Facebook to an "awareness campaign against crime, genocide of white people, murder of all races, farm murders and the current state of things in South Africa".

The event - which is not affiliated to any official grouping - has drawn over 446 Facebook supporters and more than 150 other marchers.

Ivan Cornelius, the mastermind behind the stint to publicly "reveal the atrocities in South Africa", told The Times in London yesterday that he was tired of the slaughter of South Africans and that global awareness was necessary.

Though the Facebook group and event listing on the website have brought in several views, including that whites are being targeted by criminals in South Africa, Cornelius insists the genocide is more than that.

Cornelius said the event has no affiliation to the right-wing AWB.

"I can't control who comments on the Facebook page. We have received loads of e-mails from South Africans who support us. We stand as a whole with a specific view but we cannot break down every individual's other views, whether racist or not," he explained.

This has been evident on the Facebook event page, where Cornelius has called for marchers to carry national South African flags tomorrow - however, several have refused to do so, saying that they detest the democratic flag.

Cornelius does not believe that the march will cause further racial tension in South Africa.

"I don't see how it can. I am not a racist yet as whites we are called that. If it does bring up racial tension then it will reveal the truth and will expose ... the real racists."

He added that the march is not meant to dent South Africa's image ahead of the World Cup.

"I want the World Cup to be a success. Why would we want it to be a disaster?"

However, not everyone attending the march is on the same page as Cornelius. Some have written that they want the world to be warned before the tourists leave the World Cup in body bags.

The march has been authorised by London police, who will monitor the protest tomorrow.