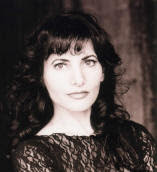 ILANA Mercer is a US-based, classical liberal (or libertarian) writer. She pens a weekly column - “Return to Reason” - for WorldNetDaily.com, an independent website. WorldNetDaily is rated by Alexa as the most frequented “conservative” site on the Internet. Mercer is also an analyst and commentator for Free-Market News Network, founded by the late Harry Browne, one-time libertarian presidential candidate. Mercer contributes to other well-known websites, and has written weekly columns for the conservative Calgary Herald and Vancouver's North Shore News. Read more here.