'I did not care whether I died' 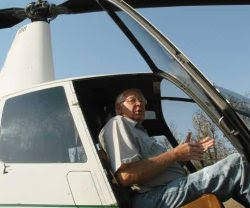 A crime-plagued Pretoria community spurred on by a vicious attack on an elderly city doctor on Tuesday rallied to hunt for the culprits and helped apprehend them.

More than 50 Boschkop residents in vehicles, on foot and in a helicopter, swarmed through the area east of the capital early on Tuesday morning, capturing three of four men who attacked Dr Fred Liebenberg at his home.

Liebenberg, 69, an orthopaedic surgeon at Little Company of Mary Hospital, was beaten over the head as he was about to get into his car.

The men, two armed with revolvers, tackled Liebenberg and dragged him from his vehicle demanding money as his dogs barked frantically around him.

'All I was concerned about was my wife, that was all'

Spotting his wife Hannelie, 53, in the kitchen doorway, Liebenberg screamed out a warning urging her to lock herself inside before he was pistol-whipped.

As one of the attackers charged at his wife the others shoved a gun to his head and pulled the trigger.

"I did not care whether I died. All I could think about was that Hannelie should live.

"My own safety did not enter my head at all.

"All I was concerned about was my wife, that was all."

'They are true angles. It restores one's faith in humanity'

When the gun "just went click" he did not know "whether I should shout, scream or run".

Hearing his wife radio community members and police for help, the attackers panicked, abandoning his vehicle when they could not open a security gate.

Community members hearing the distress call raced to block off roads and fields as the gunmen escaped on foot with Liebenberg's briefcase and car keys.

Boschkop resident CD van Reenen said that when the call for help came everyone dropped everything.

"Nobody thought twice. We just went. People were setting up roadblocks while others searched fields and footpaths," he said.

A farmer, who caught one of the gunmen fleeing through his field, radioed for support.

As residents surrounded the field, Fred van Oudtshoorn and his wife Jennie took off in their R44 Raven II helicopter circling overhead as people searched the field.

Jennie directed her husband from instructions radioed to her from those on the ground.

He flew his helicopter low over a clump of bushes, flushing out one of the suspects who ran straight into the search party.

Van Oudtshoorn said it was the first time he had used his helicopter in such a situation.

"If it had not been for everyone in the community we would not have caught the men. It was a team effort and everybody deserves praise," he said.

Liebenberg said he had been overwhelmed by the support from the community and the police.

"I do not know most of these people, yet they were willing to come to my rescue when I really needed them.

"It is incredible what they did. They are true angles. It restores one's faith in humanity," he said.

They have been charged with attempted house robbery, house breaking and pointing a firearm.

She said that one man had escaped.

Anyone with information on the man's whereabouts or identity can contact Crime Stop on 08600 10111.