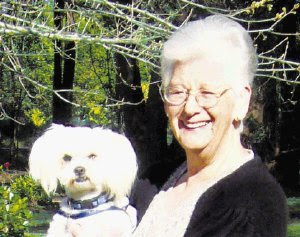 VICTIM: Cobi Venter, above, and as a child in the Netherlands, below 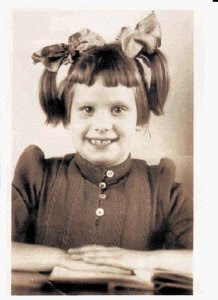 Cobi Venter was sexually assaulted by a Nazi soldier at the age of three.

She came to South Africa determined to do good, dedicating herself to helping charities and anti-apartheid groups in Port Elizabeth.

But last month, Venter, 67, watched her husband George being tortured to death before being gang-raped and fatally beaten herself in a crime that reduced one police captain to tears.

A friend of the late anti-apartheid legend Molly Blackburn, Venter’s story of good and evil is so wrenching that academics and residents in Port Elizabeth have formed an action group in her name.

They are demanding that the government “does its first duty to safeguard its citizens” and responds to a sudden spate of violent crime in a city that until now has been relatively safe.

In the past three months, the neighbourhoods of Colleen Glen and Kragga Kamma alone have seen at least three murders, two rapes and numerous violent attacks.

State advocate Marius Stander said six men had appeared in court in connection with the Venter double murder but would only receive a full indictment on August 6.

Speaking out for the first time this week, Venter’s son, international fashion designer Andre Venter, 44, said robbers had tried to get into his parents’ house on a previous occasion and his father had been forced to barricade the front door.

On the day of the attack, his parents visited the luxury mansion Andre Venter is building nearby and told friends they were living in fear. They were desperate to move into a cottage on their son’s secure property as soon as possible.

Back at home, Cobi Venter cooked dinner for the pair and, at around 8.30pm, took a call from a worried neighbour who had heard dogs barking.

Andre Venter described the scene at the house two days later after he’d rushed back from overseas.
“Tears were running down a police captain’s face; another detective was in a state of shock, and he told me it was the most horrifying murder scene he had ever seen,” said Venter.

“Blood was on the walls of every single room in the house; it was on the ceilings. It was like evil just exploded there — I mean, all eight of the main windows were smashed as well.”

Andre’s brother, Eugene, said: “You walk through the dining room and look at the objects around the room. There is a four- pound hammer, a large rock, a bloodied golf club, a sculpture of Mozart. You think: is this what they used to kill my dad?”

Andre Venter said his father — a 78-year-old retired entrepreneur — was apparently beaten with the hammer, tortured and dragged by his feet from room to room as the gang demanded cash.

Eventually, the main stash was found hidden in a grand piano, and it was there, beneath the instrument, that George Venter was finished off.

Cobi Venter was found lying against the lounge wall. She lingered in hospital for 10 days, opening her eyes just once before she died.

Cobi Venter spent the first years of her life virtually imprisoned in a chicken shed. Nazi soldiers chose her family’s house in a village in northern Holland as their local headquarters and victimised her family because they had sheltered Jews, Andre Venter said.

“It was only in the past few years that she came to terms with being violated by the Nazis. She told us how a 19-year-old soldier molested her; something that had a major, tragic impact on her life.

“It’s incredible to me that, after decades of service to the community, the end of her life was the same — being violated by thugs.”

Venter said a detective had told him criminals had flown from Johannesburg to hit softer targets in Port Elizabeth.

“I cannot allow a person like my mother to die in vain — something good has to come from this: a wake-up call that we as a society must value human life again, the way she did.”

Any video from depicting the genocide against white people will be welcome on this new video sharing site:
www.livingscoop.com

LivingScoop does not censor, even graphic images.