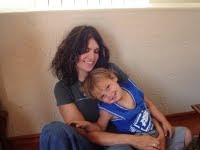 A TV set, hi-fi and a small amount of money were the only things stolen from the 33-year-old Gauteng sales representative’s cottage in Farmall, an agricultural holding north of Fourways.

Johan Burger, senior researcher at the Institute for Security Studies, who last year co-authored a report on crime and public security in South Africa, said the murder highlighted how political promises had not been kept as far as the eradication of farm attacks was concerned.

“The conclusion we came to in our report was that there was a vacuum [in crime-fighting regarding] rural safety.”

Burger said this was a result of the phasing out of South African National Defence Force units, or commandos, deployed specifically to patrol rural areas in South Africa since 2003.

“[The phasing out] was not supposed to happen until sector policing, police reservists and crime-combating units were in place. In almost all [rural areas] we visited in our research, none of this had been done,” Burger added.

Frankish’s murder means that her seven-year-old son, Taidg, will grow up without a mother.
The break-in happened in the early hours of Sunday morning, when Taidg was with his grandparents, Fred and Helen Britz, at their Bryanston home.

“We’ve told him what happened, but I don’t think he realises what death is all about,” Fred Britz said.

“He said: ‘They’ve killed my mom, they shot her’. It’s tough, the circumstances of her death. We never thought it would happen to us.”

Frankish, who was in the process of divorcing her husband, who lives in the UK, had been leasing a cottage on a plot.

A security officer who arrived at the premises six minutes later found the security gate on the front door had been forced open.

Frankish was found kneeling in front of her bed, with a gunshot wound in the head.
“When the security officer went outside to radio for medical back-up he saw three suspects fleeing into the bushes and gave chase,” said RSS Security managing director Sean Mooney.

The unidentified men got away.

Dion Stephens, a school friend, told The Times that Frankish had been a humanitarian.

“She wanted to fix the world we live in, quit her job, teach people how to grow vegetables and live a self-sustainable life. The people she wanted to help were the people who murdered her,” he said.

Friends have been posting messages on Frankish’s Facebook page, where Stephens yesterday asked people to honour her memory by wearing purple or turquoise, “her favourite colours”, to her memorial service.

“It feels surreal. It’s disturbing. She was a flower-power child, if I can put it that way, friendly to everybody.”

“There are no suspects. The front door was left unlocked. Police and the security firm reacted within minutes, but the suspects had fled and the area is so dark at night,” Muthan said.

A memorial service is being planned at the Emmarentia Botanical Gardens in northern Johannesburg this weekend.