Robbers shoot woman in back 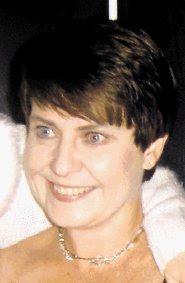 A MOTHER is fighting for her life in hospital after being shot in the back by robbers.

Gillian Campbell, a part-time lecturer and single mother of three young girls, was getting ready for a night out at the weekend when five robbers entered her home in the Midrand suburb of Vorna Valley.

Douglas Campbell, her father, said she was ordered at gunpoint to lie on her kitchen floor.

“At least two of the men were armed. The other men went into the bedroom where her friend was. One of the robbers shot Gillian in the back,” he said.

The robbers, after nearly killing his daughter, left with only a “few” of her possessions.

Campbell arrived with paramedics after his daughter’s housemate called them.
He said he would never forget the moment he walked through his daughter’s door to see her lying in a pool of blood.

“I am still traumatised by that. Initially we thought she was shot twice, but she was shot once and the bullet went through the floor and re- entered her body and exited through her back, leaving two bullet wounds,” he said.
Campbell said he took comfort from the fact that his grandchildren were not in the house at the time.

“Their dad had come to take them out earlier in the day.
“The children are doing all right and we are taking care of them. The youngest one is traumatised, but we are doing everything we can to help,” he said.

Yesterday, his daughter was in a critical condition in the Charlotte Maxeke Academic Hospital in Johannesburg.

“We are so grateful that at least we still have Gillian.

“The hospital has operated twice and she is due for a third operation,” Campbell said.

He hoped the police would arrest the robbers.

“I think it was a botched robbery. I don’t think they meant to shoot her. Their fingerprints are all over the house and they took a minimum of her possessions.”

Police area spokesman Constable Neria Malefetse was unable to comment on the robbery or on whether any arrests had been made.