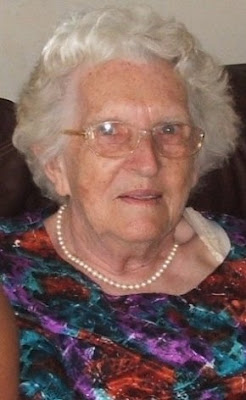 TWO teenagers arrested for the murder of a 78-year-old librarian in Wittedrift, Plettenberg Bay, apparently stabbed her to death after she made them sandwiches.

Wittedrift Dutch Reformed Church pastor Chris du Preez said the two boys, aged 16 and 17, from the adjoining township of Green Valley, had frequently visited Johanna Blignault at her home, where she gave them food.

Police who found Blignault’s blood- soaked body outside her back door also found evidence suggesting she had made them sandwiches in her kitchen on Saturday afternoon. A bloody knife was found at the scene.

The boys were ordered to remain in custody when they appeared briefly in the Plettenberg Bay Magistrate’s Court yesterday. Police said their case was postponed to Tuesday next week for a bail application.

Evidence was also found to suggest Blignault had been raped, but police said a post-mortem would be conducted today to establish the facts.

The two suspects used R150 they allegedly took from her purse to buy alcohol and were drinking at the home they shared with the grandmother of one of the boys in Green Valley on Saturday night when police arrived to arrest them.

A DVD player was found with the two youths after police earlier found a radio and frozen chicken, also allegedly from Blignault’s home, in bushes outside the grandmother’s house.

Both youths had previous brushes with the law. One was out on bail and was to be sentenced yesterday on a charge of housebreaking, while the other was serving a suspended sentence for stealing a car.

After the murder Du Preez set up a Facebook site for Blignault, and by yesterday 102 people had already joined.

“I did it to provide a forum for people to express their sorrow and anger. It is better to talk about this than not,” he said.

Du Preez said Blignault was “a real community leader who served as Wittedrift librarian for more than 50 years without remuneration”, and was loved by the community.

“It was heartening to see the people of Green Valley come in droves on Saturday to mourn her.”

Du Preez praised the police for their “sterling work” and quick response to the crime scene.

“Detective Inspector John Nomdoe did fantastic work. From the moment he arrived he acted calmly and professionally and took control of the situation.”

Plett’s head of detectives, Superintendent Zola Zatu, was also singled out for praise.

“He spent hours with us while we waited for the forensic team from George, who were also fantastic.”

“She really did not deserve this. This is the symptom of a sick society. It feels as if we are sliding back into the middle ages.”

He said his mother had chosen to stay in Wittedrift after her husband George, a teacher at the local high school for 35 years, passed away 13 years ago.

“She lived in Wittedrift for 54 years. She was happy there. She enjoyed helping the people in her work as librarian and in her contributions to the church.”

She is survived by her son Ernie, 50, and daughters Gene, 45, and Helena, 51. She will be buried in Wittedrift on Friday.

The Wittedrift community was still in shock yesterday, but everyone contacted attested to Blignault’s generous spirit.

A neighbour, who asked not to be named, said she was the first to come across Blignault’s body after the elderly woman failed to answer her telephone.

“I went to check because I knew she was home. It’s unbelievable that she has been attacked by people from the very community she served selflessly for 50 years.”