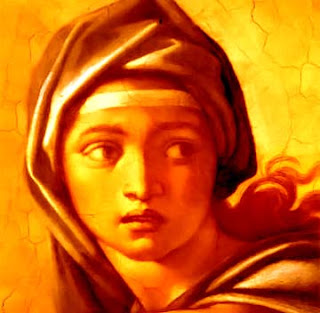 Feminism is the seduction of Eve by the serpent playing on her vanity. Eve he whispers in her ear, you are more intelligent and more wise than any man, you can conquer the world or at least become a CEO of a huge corporation.

Maybe this is true, maybe some Eve’s are really more intelligent and wise than their male partner, but once you go against the natural order and destroy the role of the male as head of the household you have to be willing to bear the consequences of this. And the consequences can be seen today with more and more people remaining unmarried and childless and this is the price to pay for women “having it all”. They end up having nothing of importance. Because male and females are now distrustful and enemies of each other as both want to selfishly indulge all their carnal and material aspirations.

But who are these serpents who whispered in Eve’s ear? It is the followers of the Frankfurt School cultural Marxists.

The Frankfurt School theorized that the authoritarian personality (white male) is the product of the patriarchal family unit. Of course this was identified as the enemy since the agenda of these cultural Marxists is the destruction of Western Society. So all the pillars on which Western Society rest had to be identified and weakened from within.

Engels, Marx’s sidekick wrote in “The origins of the family, private property and the state” that a matriarchal society had to be advocated.

Karl Marx wrote in the Communist Manifesto about a radical society of women.

The agenda of Cultural Marxism is to pave the way for an eventual soft Marxist revolution and take-over.

Most people mistakenly believe that feminism was a natural outgrowth of society, they can’t be more wrong. It has been imposed from the outside by the Trojan horse called the Frankfurt School.

In the artificial society of today men are not needed any more to do the heavy lifting. We have machines for everything. When we go to war we have technology, so we don’t need men to do all the work on the battlefield anymore either. We don’t even need a man in order to conceive a child, just their sperm from a sperm bank.

But in one blink of the eye this artificial society can crash down around our ears. There have been many global catastrophes before and there will be again.

Where then oh woman, will you find the protection and strong arm of a male partner to defend you and the children you conceived without a man? From where will come your defenders when the enemy rape and pillage once again now that you have consigned the white western man to the rubbish bin?

Feminism is by its nature designed to emasculate men and destroy families since it is one of cultural Marxism’s most important tenets. To destroy Western civilisation there has to be hostility between male and female, and the children of the union have to be co-opted to work against Western Society, and this is only possible if the mother is not the main carer of her children.

So over the period of the last forty to fifty years, both men and women have been slowly made accustomed to women having a job. In fact, in some more socialist oriented countries it is more or less expected that women have to earn a living and have a career. Else she is more or less seen as a freeloader. Gone are the days when Westerners had large clans. We are not virile and fertile anymore. We have become pale selfish imitations of what our ancestors and their family lives were like.

A woman blooms when she goes with the natural order, which is to bear babies and raise them, feed them, educate them, and watch them grow. That is a woman’s natural role, to nurture and grow beautiful babies. To bask in that satisfaction it brings. How can the cold comfort of ambition and success in a career ever replace what is natural?

Children used to be brought up knowing that we are part of a community, that we are not just individuals who pursue our own selfish wants, but that we have a duty. And that duty is to make sure you also do your little part for others who made it possible for YOU to live in a peaceful harmonious society. It’s a question of giving back. If all of us are taught to take and take and never to play our little role no matter how insignificant it seems, then of course the whole system has to fall apart or decay gradually. Like a beautiful stream of water slowly choked to death by silt.

And that is the most important contribution any woman can make. To raise children as this is leaving a great heritage to our community. These children will after all be the future husbands, workers, lovers, fathers and mothers. What is a woman who chose instead to pursue a career in lieu of having children leaving behind her? Absolutely nothing of value. She is like a pearl in a long line of pearls that abruptly breaks the strand. After her there is nothing of value, just the extinction of her genes and those of a long line of mothers stretching back into the past behind her. She has wiped out all they worked for, longed for. She has doomed the hopes of her ancestors to the abyss.

Mothers who work don’t contribute very much either since that is one of the great dangers facing us today. The minds of our children are being molded by those who in their turn had their minds molded by these anti-Western ideas in schools and universities. So by entrusting our children to these people, their minds become co-opted into working against their own society. As this happens from a very young age when the mind is most malleable these foreign ideas becomes your child’s reality.

You have in fact allowed your child, no, not allowed, you actively helped your child to become the enemy of everything that produced the society you live in. So we western women have become leeches of a sort which still feed off the rotting corpse of what was our culture. We want the sweet fruits our own culture produced for us, but we refuse to uphold what made it great. So instead of being mothers and nurturers we have become destroyers.